CALIFORNIA: Abortion activists are running scared. Pro-life advocacy in the form of sidewalk counseling, public prayer, and direct activism is working. Saving more babies from abortion. Planned Parenthood’s death quota is down. About 133,000 abortions took place in California during 2017, down from about 157,000 abortions in 2014, according to the nonprofit Guttmacher Institute. (Abortions down in California – Guttmacher Institute study: Abortion rates have fallen by more than 60 percent in California since the early 1990s)

So, in response, pro-abortion are attacking the First Amendment. Americans who value freedom should be very alarmed.

California Gavin Newsom’s recent victory against a recall means that he and the pro-abortion forces are preparing for an all-out war against pro-life activism.  Democrat legislators have enacted abortion law tyranny to cancel pro-life and first amendment rights. Millions of future lives are on the line, and see why your household in America may be next.

“Free nerve endings, the “alarm buttons,” begin to develop at about seven weeks’ gestation projections from the spinal cord, the major “cable” to the brain, can reach the thalamus (the lower alarm) at seven weeks gestation.” (NIH).

If an unborn baby can feel pain at seven weeks, aborting a baby from the womb becomes more terrifying to accept.  Because the United States Supreme Court is following that science, SCOTUS ruled that the Texas law should stand.

The next pro-life defense nail in the abortion debate occurs in October.

The issue of fetal viability as a limitation on the right to life will come before the Supreme Court in October. (Dobbs v. Jackson Women’s Health Organization) The woman’s group is challenging the constitutionality of a Mississippi law that (with limited exceptions) bars abortions after the 15th week of pregnancy.

The Texas Heartbeat law directly challenges the right to abortion as protected by Roe v. Wade by limiting abortions even earlier. A fetal heartbeat is detected as early as six weeks. In addition, a feature of the Texas law authorizes a “private cause of action” to enforce the statute. This means that a person other than the mother impacted by the pregnancy – such as the father – can bring suit against the mother.

To further silence public protest against abortion, the California legislature has also passed SB 742  which creates a 100 foot buffer zone around any vaccination site. Every Planned Parenthood is a designated vaccination site. The bill criminalizes political speech such as holding a sign or offering a pamphlet as “harassment.”

Both bills await the Governor’s signature to become law.

Religious tenets and fair election laws are the guardrails of our Republic. Yet they no longer seem to matter in the neo-Marxist world swiftly ushered in during the pandemic.

Until 2020 Americans believed in the Christian virtues of truth and honesty to safeguard elections. We believe that our elected officials played by the rules, that votes were correctly counted. That all eligible votes mattered, that the very structure of our electoral process meant cheaters couldn’t win.  In the aftermath of the 2020 presidential election, many Americans wonder whether their votes counted. And now many Californians believe the state’s gubernatorial recall was “rigged.”

The effort to recall Governor Newsom failed, ostensibly with more than 60% of voters voting “no” to the recall. Wayne Allen Root writing at Townhall explains why many Californians believe the special election was rigged in favor of Newsom:

“Larry [Elder] would win — if the legitimate votes were counted honestly. But they aren’t…California is a failed socialist hellhole. Crooked Democrats count the votes in California (and any other Democrat-controlled state).”

Root claims that voter fraud led to Newsom retaining the governship. This faud includes voting processes illegally authorized during the COVID pandemic, such as ballot harvesting, and physical designs flaws to the ballots.

A  pro-life Governor Elder would have worked to end Planned Parenthood and NARAAL’s death grip on the legislature’s abortion mill pro-abortion legislation waterfall. (Why Larry Elder Will Win the California Recall Election … But He Will Lose a Rigged Election)

Newsom is now poised to sign these radical pro-abortion bills into law. Thus, California’s election tyranny will usher in a political platform to undermine the First Amendment itself in order to preserve the killing of babies in the womb.

Silence on this issue is life betrayal.

Kevin Fobbs began writing professionally in 1975. He has been published in the “New York Times,” and has written for the “Detroit News,” “Michigan Chronicle,” “GOPUSA,” “Soul Source” and “Writers Digest” magazines. In addition to the Ann Arbor and Cleveland “Examiner,” “Free Patriot,” “Conservatives4 Palin” and “Positively Republican.” The former daily host of The Kevin Fobbs Show on conservative News Talk WDTK – 1400 AM in Detroit, he is also a published author. His Christian children’s book, “Is There a Lion in My Kitchen,” hit bookstores in 2014. 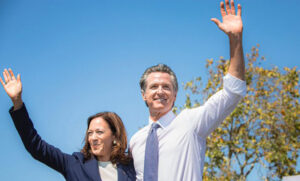 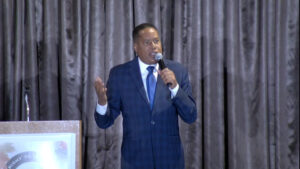