WASHINGTON: Joe Biden and Attorney General Merrick Garland hope you stay silent about your child’s educational freedom.  According to the New York Post, the DOJ has given the FBI a directive from Garland: Parents who voice objection to school boards’ curricula on CRT or transgenderism may be domestic terrorists.

This means parents of an estimated 50 million school children. That’s about 100 million adults. What will it take for you, parents in your neighborhood, or school district to refuse to remain silent? Does your school child’s freedom from being silenced in the classroom matter?  Just how much?

How did the DOJ target parents as domestic terrorists?

Garland’s “parents-as-domestic-terrorists” trope started with a Virginia school board meeting when a parent complained before a school board meeting about the rape of his daughter by a transgender boy. Biden, Garland, the school board, and others are trying to silence the father from speaking out. (Dad who says child was ‘raped’ in girls’ bathroom by ‘skirt-wearing’ male fights Biden intimidation)

Recall Loudoun County, Virginia parent, Scott Smith, whose June 22nd rant against the school board went viral. Smith’s arrest was for vocally opposing the school’s lax policy on transgender students. It is notable that the assailant is being charged with the assault.

“Smith became the poster child for what the National School Boards Association has since suggested could be a form of “domestic terrorism”: a white blue-collar male who showed up to harangue obscure public servants on his local school board.”

Just before Smith was arrested, the school superintendent told parents at that meeting that concerns about the school’s transgender policy were misplaced.

“stated that the same male youth who was charged with the sexual assault of Smith’s daughter in May was also charged just months later with the sexual battery and abduction of another student, this time at Broad Run High School. The incident occurred while they were awaiting his guilty plea to be filed on the charges of assaulting Smith’s daughter.”

Moreover, the Loudoun County Sheriff’s Office confirmed the 15-year-old boy was indeed charged with sexual battery and abduction after he forced another girl into an empty classroom against her will. Smith challenged the superintendent in the school board meeting because he believes the Loudoun County Schools was trying to cover up the sexual assault of his daughter by claiming parents’ concerns were misplaced.

A school board member suggested his concerns were paranoia.

Another woman insulted Smith, telling him she didn’t believe his daughter had been raped. That’s when things escalated, leading to Smith’s arrest.

@Dana Loesch talks about Scott Smith, a parent arrested during a school board meeting in Loudoun County, Virginia.

What happens when the first mom or dad is arrested as a domestic terrorist?

Let’s take a tour down memory lane.  Ask yourself: Is the beginning of the 2021 school year any different for you or your child than it was before Joe Biden took the reins of the federal government?

As you handed them their lunch, did you:

This will be part of the new normal if Biden and the CRT educational cartel can have all parent detractors arrested. By the way, the 12-question Equity Reflection Student Survey was utilized in many school districts, including at Thomas Jefferson High School for Science and Technology, in Fairfax County, Virginia.

Will you be silent and let this be your child’s new normal?

“Dear @TheJusticeDept Merrick Garland and @FBI Director Christopher Wray This is what a domestic terrorist looks like? You are criminalizing parenting, and you owe the people of America a swift apology.”

This line in the sand for uncanceled educational freedom has now become hardened.

The unavoidable choice that remains for each parent is crystal clear.  War has been declared on the American parent.  Are you prepared to become the first one to take the Bunker Hill stand and be arrested for the sake of your child’s freedom? Are your words to be “equated to domestic terrorism” because you refuse to submit to the Fauci Vax, the Garland CRT, and the LGBTQ school mandates?

What’s next? If not now, when? Will you speak out when school boards push LGBTQ sexualized curricula in grade school? Or tolerate transgender policies that deny biology in favor of woke pronouns?  Are you a parent who will object to school vaccine mandates starting in first grade?

Will you pump experimental mRNA engineered vaccines and yearly boosters into your children just to attend school?  Or accept falsified versions of history that teach a political agenda, that white children are inherently racist just because of the color of their skin?

What more do we need for a 21st century version of the Boston Tea Party?  What is a bridge too far for you?

Your Child’s Educational Freedom is too valuable to surrender without Protest?

After the birth of your child, did you ever say to your spouse or family member, “my baby is racist? Guilty as charged”?  According to the DOJ’s CRT Cartel, your new baby is guilty of racism at birth.  The NAACP2021: National Association for the Advancement of Canceled People believes that your child’s American Liberty was not sacrificed at the altar of the CRT cartel. Thousands of American moms and dads are refusing to let CRT steal this birthright of freedom.

As a parent, when you walked your child to the bus or drove your child to school, you did not suddenly believe that your child’s American educational freedom stopped at the school or classroom door.

The right to stand up for the right to protest for your son or daughter was brought to life by Rev. Martin Luther King in his famous “I Have a Dream” speech.

“All we say to America is, “Be true to what you said on paper.” If I lived in China or even Russia, or any totalitarian country, maybe I could understand some of these illegal injunctions,” King said.

“Martin Luther King Jr. said this: “All we say to America is, ‘Be true to what you said on paper. … Somewhere I read that the greatness of America is the right to protest for right.”

American Parents Must Speak Out to Defend Child’s Educational Freedom

When president Biden says to the FBI go tell those parents that their child’s educational freedom or health freedom of choice is not their choice but his, you know what to say.  You tell him, and the school boards and the Fauci non-science followers. “C’mon, man!”

When the school principal threatens to have you arrested in a school meeting because you are using your strong, forceful “outside voice” instead of a sniveling compliant “indoor voice,” you say, “C’mon, man!” “We will not submit to your educational tyranny. Not today, tomorrow or ever.”

On January 5, 1967, then California governor Ronald Reagan America Inaugural Address was a warning about a time when freedom could become extinguished.

“Freedom is a fragile thing and it’s never more than one generation away from extinction. It is not ours by way of inheritance; it must be fought for and defended constantly by each generation, for it comes only once to a people.  And those in world history who have known freedom and then lost it have never known it again.“

Parents in America have at least 50 million choices to make today.

Give your kindergartener, your third grader, your junior high student or your soon-to-be high school graduate educational freedom. Do not surrender to the Biden educational CRT and Fauci follower despots. Refuse to let this generation be the last to know educational freedom and liberty

The Declaration of Independence was accepted on July 4, 1776.

It does not contain a CRT sentence that automatically disqualifies your child from enjoying his or her God-given rights.

We hold these truths to be self-evident, that all men are created equal, that they are endowed by their Creator with certain unalienable Rights, that among these are Life, Liberty and the pursuit of Happiness.”

Those freedom are as precious today as they were on July 4 1776.

In 1964, noted civil rights leader Fannie Lou Hamer said, “I’m sick and tired of being sick and  tired.” Are you?

Or will you allow Biden to use your Silence as your child’s betrayal? For all of America’s current and future children.  For their sake, we hope not.

Mom speaking out at Carmel, NY school board meeting is a domestic terrorist:

It’s probably the most dangerous book liberals, BLM, and Antifa do not want you to read.

Kevin Fobbs began writing professionally in 1975. He has been published in the “New York Times” and has written for the “Detroit News,” “Michigan Chronicle,” “GOPUSA,” “Soul Source,” and “Writers Digest” magazines. In addition to the Ann Arbor and Cleveland “Examiner,” “Free Patriot,” “Conservatives4 Palin,” and “Positively Republican.” The former daily host of The Kevin Fobbs Show on conservative News Talk WDTK – 1400 AM in Detroit is also a published author. In addition, his Christian children’s book, “Is There a Lion in My Kitchen,” hit bookstores in 2014.

Emmett and Mamie Till to receive posthumous Congressional Gold Medal 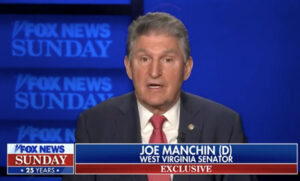