Know the truth about history

Is America merely going through the obligatory motions in celebrating Black History Month? Did the “creator of  Black History Month, Carter G. Woodson, who named the celebration “Negro History Week” in 1926, get it wrong? Should Biden and Congress cancel Black History Month because whites are included and honored as heroes?  BLM and Antifa have viciously targeted both former slave and abolitionist Frederick Douglass and President Abraham Lincoln statutes for cultural elimination.  Why?

President Lincoln, who ended slavery, was white and a Republican. Douglass was…well, not black, woke, or angry enough? Should America cancel Black History Month? Or is it that BLM and Antifa want to cancel the “white culture” that helped bring about black freedom?

Let’s see how Biden, Democrats in Congress, and Woke Liberals respond to BLM and ANTIFA telling Black America to ignore real history because white Americans and black conservatives have been disinvited from history.

Ok, for the sake of argument, the celebration of Negro History Week was fueled by countless racist electoral, legislative, legal, and criminal inspired actions by democrats, southern and northern against blacks. Escalating in 1908, by vicious “race riots” against blacks in Springfield, Illinois. That would be the North, for those who are stereotypically and geographically challenged into believing racism was exclusively a Southern part-time activity.

In 1909, a group of African American and white leaders formed a new civil rights organization called the National Association for the Advancement of Colored People (NAACP). These leaders chose February 12th as their official date to launch Black History Months on the centennial anniversary of the birth of President Abraham Lincoln, the Great Emancipator, who, by an accident of birth, was white.

Republicans both white and black stood up against Democratic racist marginalization in education, advertising, and yes, elections. Thank God the liberal Cancel Culture racist liberals of today were not alive during the formation of the NAACP. Or during the launch of Black History Month, or the running of the Underground Railroad, a secret system helping black slaves escaping to freedom.  Those brave American conductors, who were born white, would be part of cancel culture today. Their homes and businesses burnt to the ground.

So, what is Black History Month?

Yes, it is a celebration of black achievement against all odds. But why do liberals, BLM Marxists, White and Black Critical Race supporters like Joe Biden, Kamala Harris, and a slew of Woke Entertainment Mainstream media hosts want blacks and whites to ignore true black history?

The real deal is that America’s celebration of Black History Month is more than a collection of black achievement against horrific odds. It is also a celebration of color-blind contributions and truth. Truth forged step by step together with white Americans with the belief that all men are created equal. That all men are endowed by their Creator with unalienable rights regardless of color.

In a previous article,  Shut Yo’ Mouth! How the Left Plays the Race Card to Silence Conservatives and How to Stop It, Susan Swift and I document the historical truth black mothers, fathers, babies, and families faced, the unrelenting race-hating tactics engineered by Democrats.  That truth is proven through documentaries and resources. And it’s ugly.

Include openly illegal maneuvers, educational inequalities, entertainment mockery, and many deadly riotous and murderous actions targeting blacks that cannot be hidden or ignored. As Rev. Martin Luther King famously said, in a sermon, he delivered in 1965 at  Temple Israel of Hollywood, “truth crushed to earth will rise again.”

So, what Biden and Harris, BLM Marxists, and the Democratic Woke would like America and especially black Americans to do is to de-platform Black History Month. Eroding all of its special and unique truths leaving nothing more than an empty shell of Cancel Culture Critical Race Theory lies to bury the history of the Democratic racism in American history.

After all, it was Democrat presidential candidate Joe Biden who instructed “real black” Americans to accept his vision of what being black is.

Biden told all-black listeners on Charlamagne Tha God’s national radio show, “Well, I tell you what, if you have a problem figuring out whether you’re for me or Trump, then you ain’t Black.”

But that is just one racist statement from Biden:

Here’s the bottom line.  In 2021, Leftists want to tear down any remnants of American History, especially anything that reveals them to be the true racists. That includes Black History or any history that does not conform to theories of racism designed by them.

That war, costing the lives of roughly 2% of the population, an estimated 620,000 men. The result is the emancipation of black slaves and preserving a free and united Union.  Should we cancel Lincoln?  Should we cancel General Ulysses S. Grant, who successfully fought and brought an end to the Civil War, because he was white?

Several months ago,  according to NBC News, on Columbus Day, roving BLM and Antifa street gangs tore down statues of Presidents Abraham Lincoln and Theodore Roosevelt celebrating “Indigenous Day of Rage.”  The rage being so unfocused in January, a group destroyed the statue of Indian prophet Mahatma Gandhi. (Outrage After Mahatma Gandhi’s Statue Broken, Ripped From Base In California)

If you want to know the truth about American Black History, get woke to what Cancel Culture is purposely hiding: Democrats are playing the race card to commit historical genocide. It’s all revealed in:  Shut Yo’ Mouth! How the Left Plays the Race Card to Silence Conservatives and How to Stop It. And it’s probably the most dangerous book liberals, BLM and Antifa do not want you to read during Black History Month! 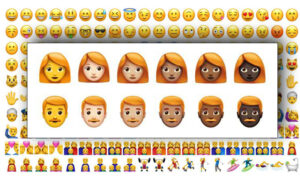 Evil in the crotch of a tree, NPR warns against racist white privilege emojis